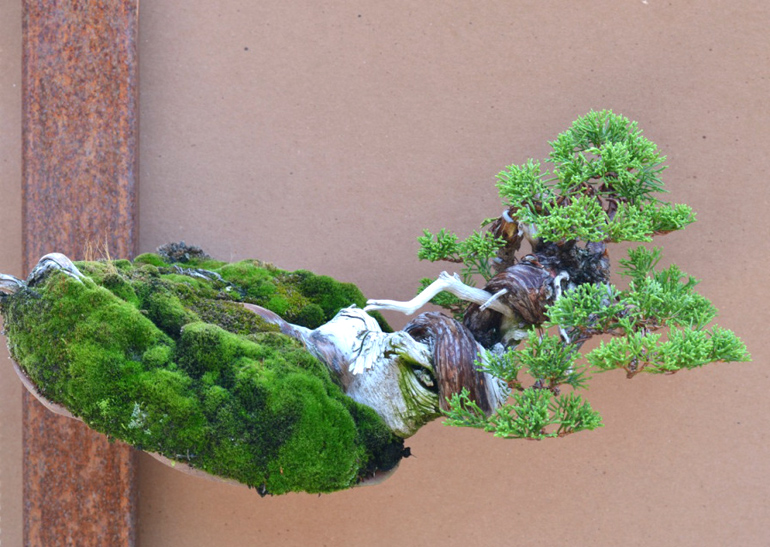 Continuing with American bonsai leading up to the 6th U.S. National Bonsai Exhibition (Rochester, NY, September 8th & 9th – it’s not too late to make your plans)… today it’s one by Michael Hagedorn, a long time favorite here on Bark

Though Michael expresses profound respect for Bonsai tradition (he studied in Japan for three years where tradition plays a large part in almost everything), he also has an experimental, not-so-traditional side (you might even say zany), as witness by this ‘orchid bonsai’ and other ingenious deviations from bonsai norms. 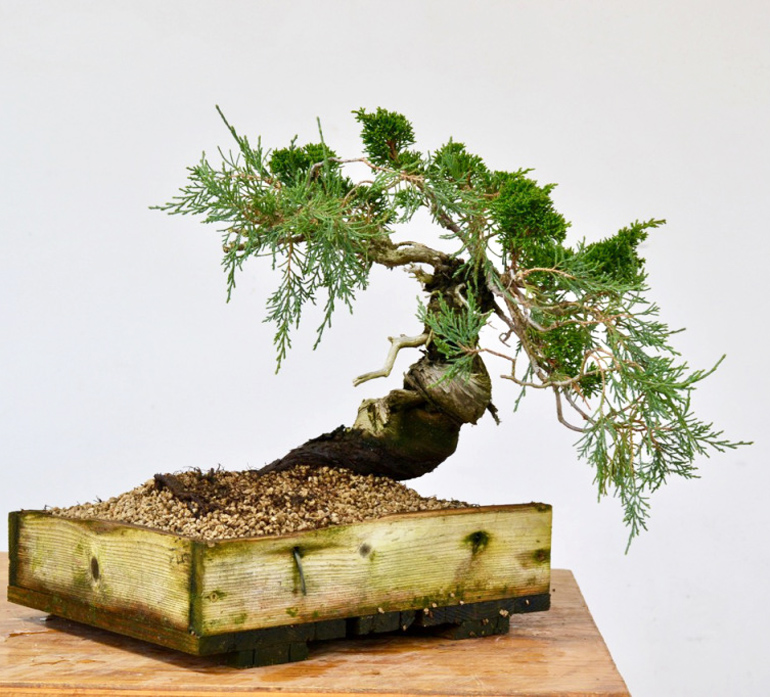 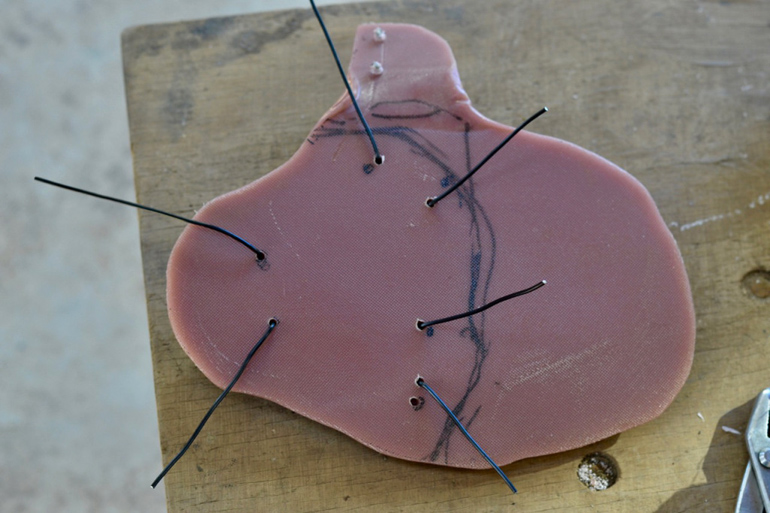 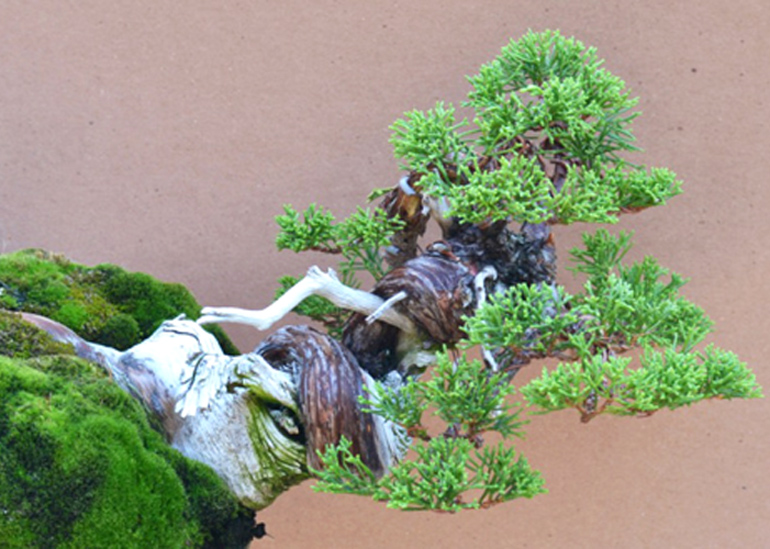