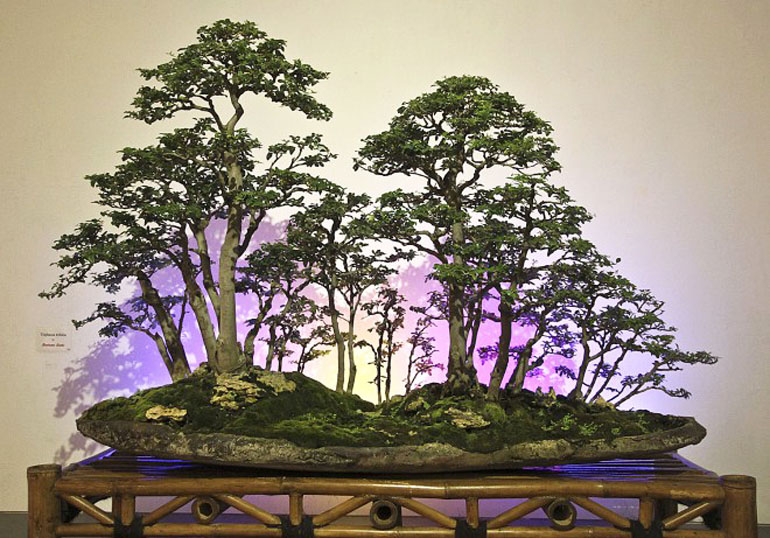 Continuing with yesterday’s mixed media bonsai theme, this one is from Robert Steven’s 2014 1st International Bonsai Biennale. At the time we referred to it as the most unusual and provocative bonsai extravaganza ever. 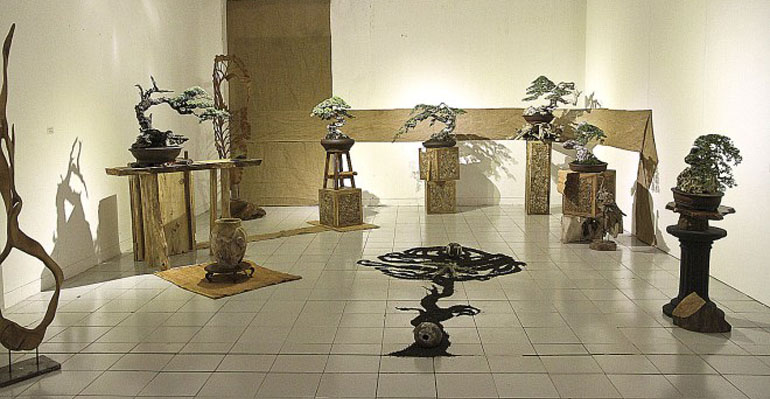 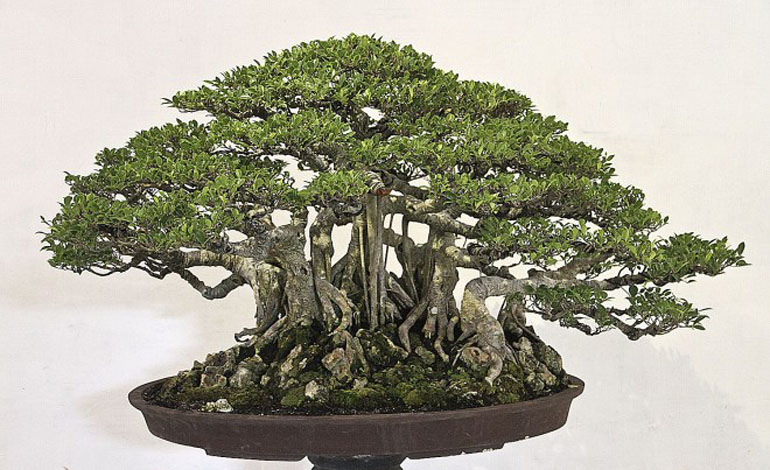 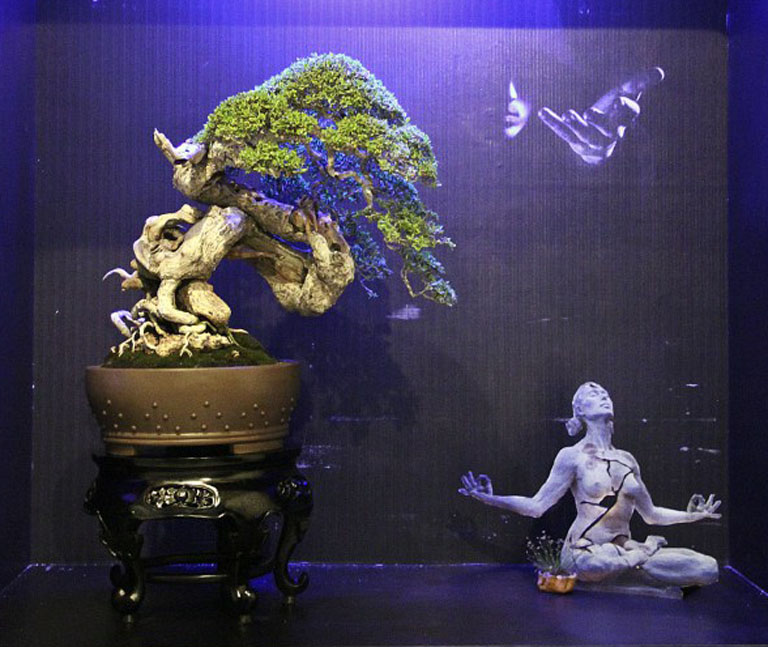 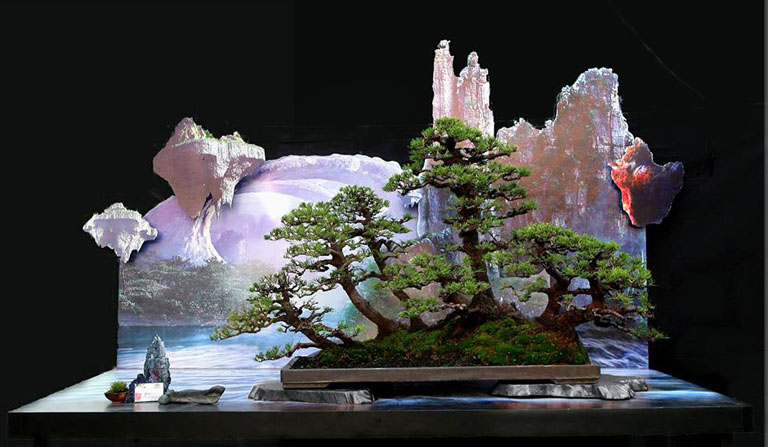 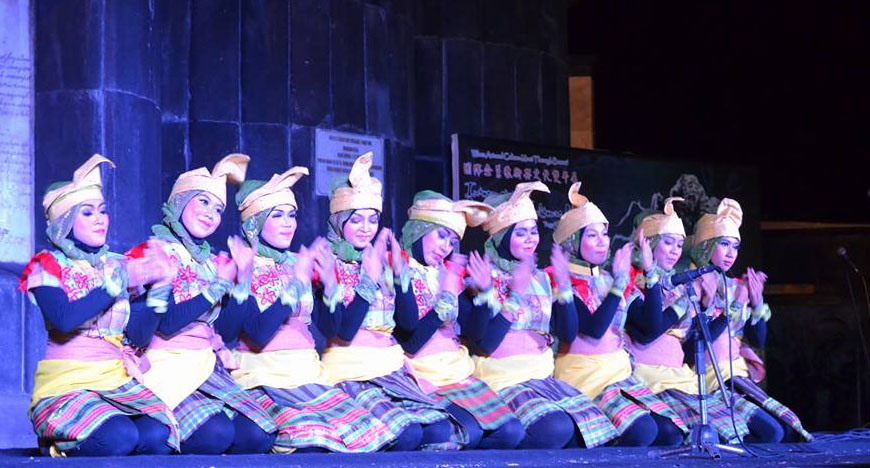 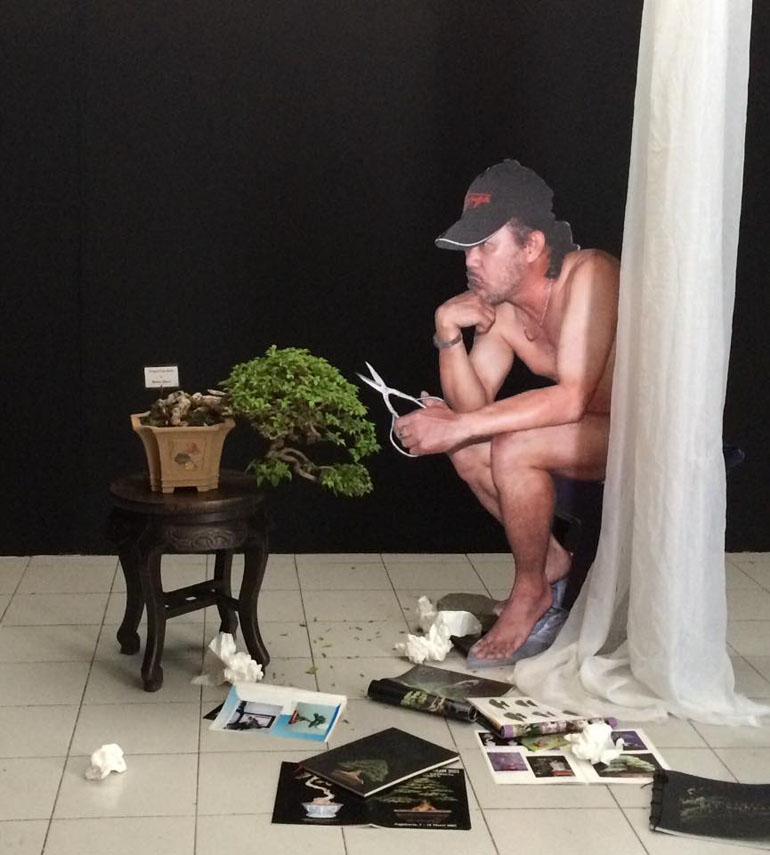