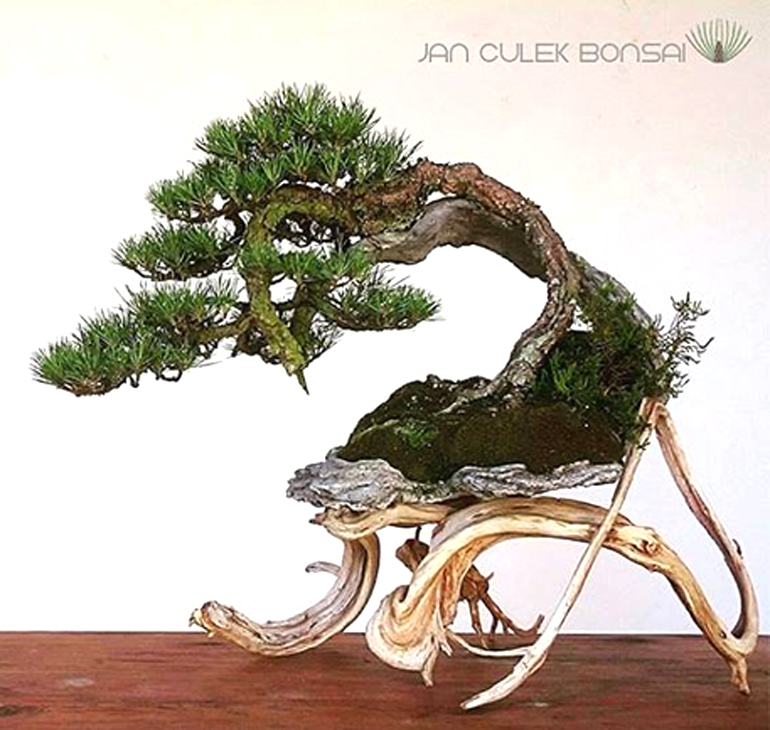 Here’s one more post featuring the bonsai of Jan Culek. It’s an unusual before and after of a yamadori Scots pine. The tree itself is distinctive enough and shows off Jan’s skills, but I think it’s the deadwood underneath the tree that that elevates the bonsai and causes the whole presentation to stand out (if you suffer from fear of puns, please accept my apologies – twice!) 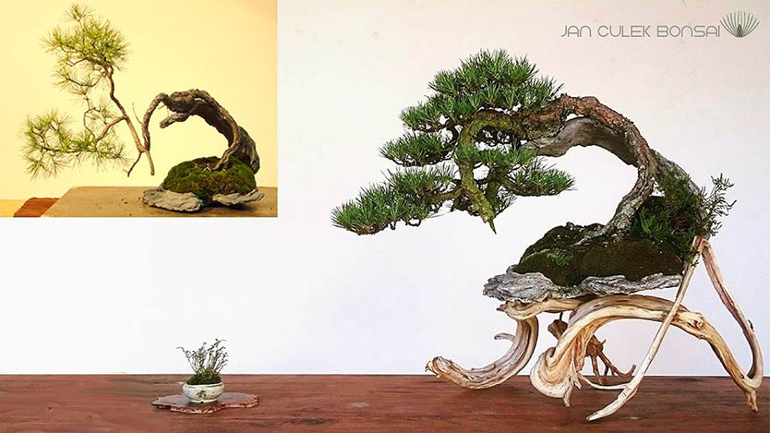