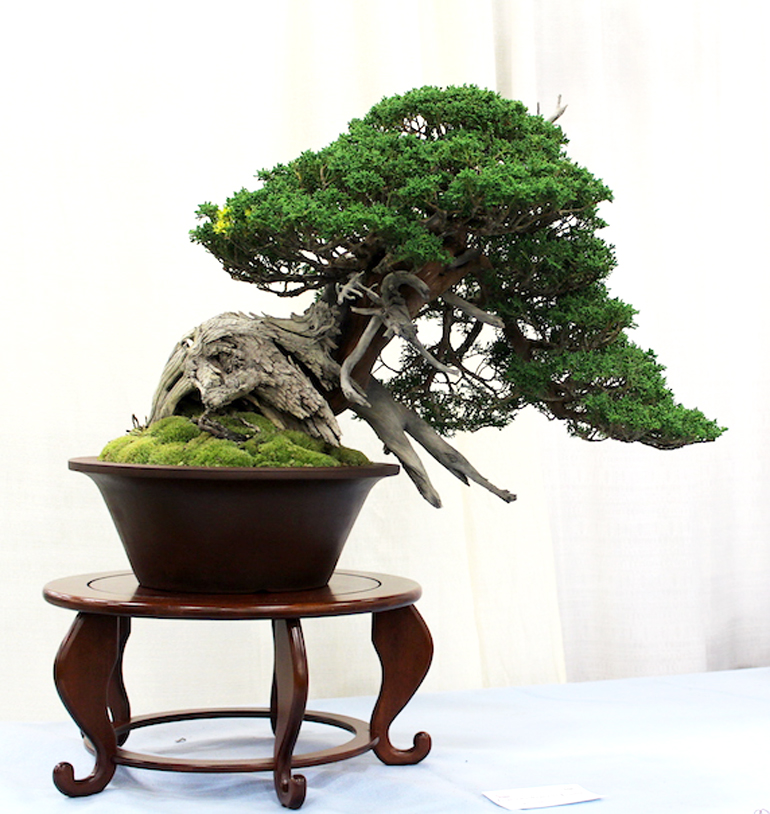 Continuing with North American bonsai in our lead up to the 6th U.S. National Bonsai Exhibition…

The more I look at the tree above, the more I like it. But rather than go into specifics, I’ll just relate a quick story…. While I was admiring the tree at the 5th U.S. National, Boon walked by. I said something like ‘great tree, but only one?’  His reply was… “Yes, but twenty of my students have trees here.”

Boon Manakitivipart (Bonsai Boon) has long been of favorite of ours (and most everyone else). The five photos shown here are almost randomly picked from the dozens of Boon’s trees we’ve featured over the last nine years or so. As you can see, all are exceptional and there are many more where these came from