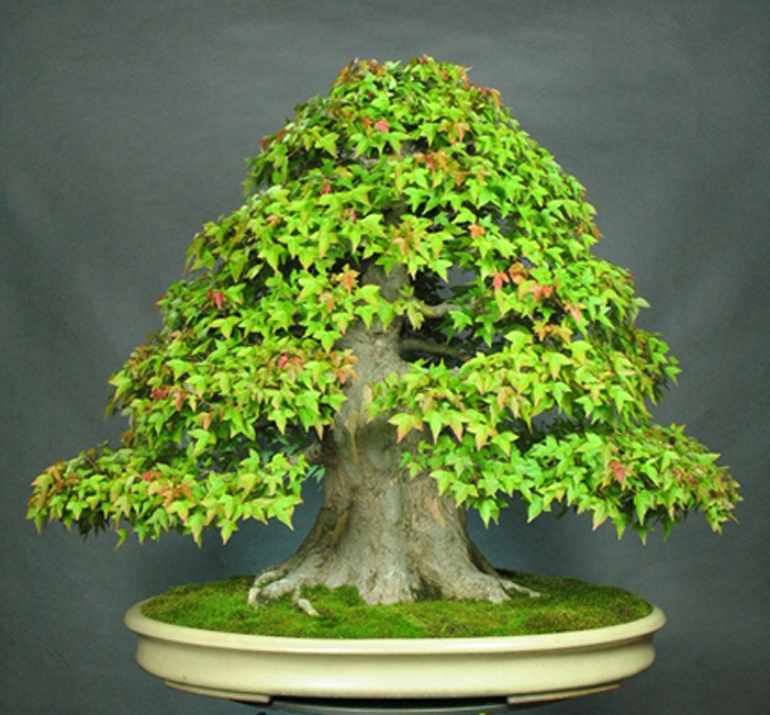 Most large Trident maples and many other deciduous trees are started in the field and developed using the clip and grow technique. The result is usually a heavy trunked tree with gentle curves, often in a more or less S shape. You can see this basic shape in the Trident maple in old field growing post here on Bark. A variation of this S curve also shows up in the pine that is shown in the same post, though it was created by other means (trimming and wiring), as pines and other conifers don’t usually take to the clip and grow technique.
One more day of vacation, so we’ve taken a shortcut. The photos and most of the text in this post originally appeared here in November, 2015
Continued below…

There was a day before wiring became the norm, when most non -conifer bonsai were trained primarily by clip and grow. Some purists still eschew wire in allegiance to the old ways, but their numbers are dwindling; wiring just offers too many advantages. 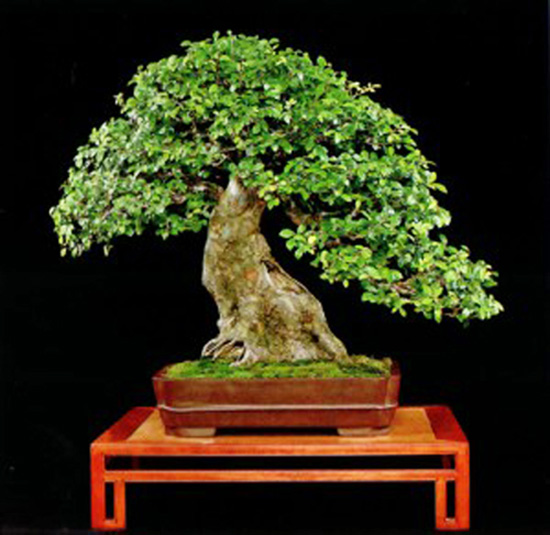 One more day of vacation, so we’ve taken a shortcut. This post originally appeared here in November, 2015