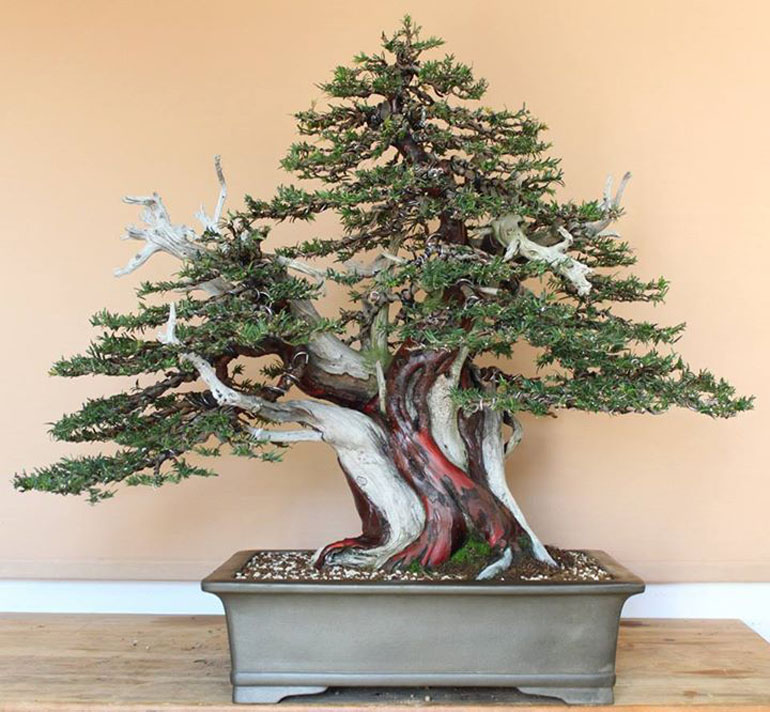 This before and after is more about refinement than styling rough stock. Less daunting perhaps, but only someone skilled in the art of bonsai can do what you see here. In this case, that someone is Gabriel Romero Aguade (Bonsai Sant-boi) (this isn’t the first time we’ve featured him on Bark).

Though no name is mentioned, the tree looks like a Yew. You can tell by the foliage and the reddish bark. Yew bonsai are popping up everywhere. Especially in Europe with the English (aka European) yew (Taxus baccata), where there seems to be an abundance of good stock.