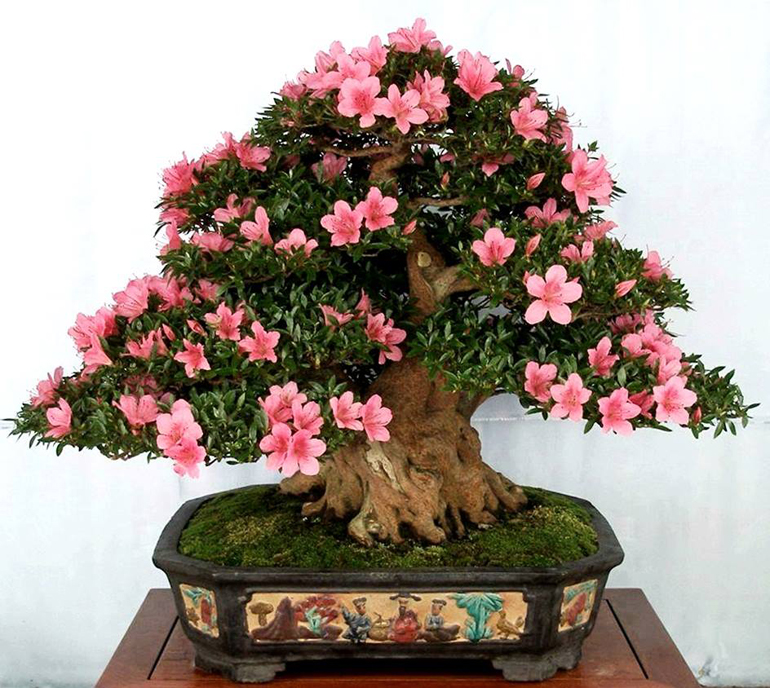 Only one of the three trees shown here is attributed to its owner. We try to be honest about our sources and let you know when they’re not the owner or artist. Ideally we would try to find the true source, but sometimes a combination of time pressure and frustration makes hunting them down almost impossible 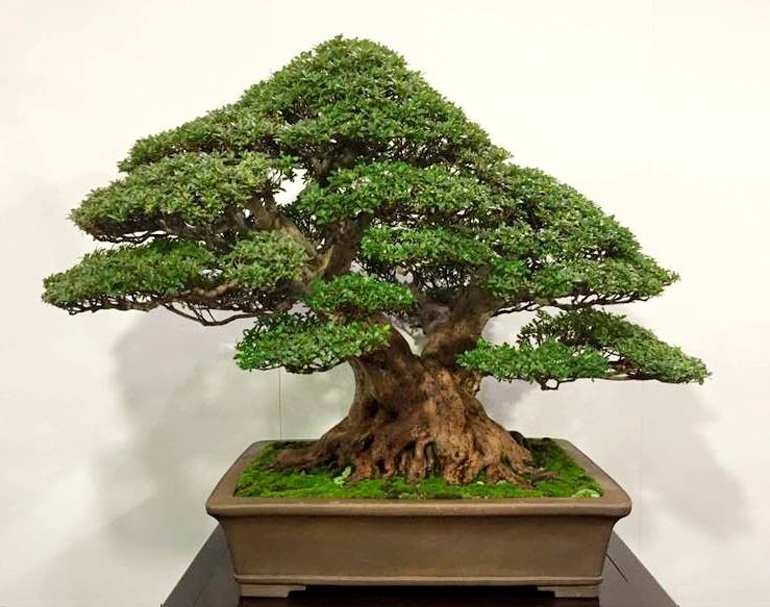 Looks like another powerful Azalea. This time without flowers (its condition about 90% of the year). Maybe we could put it in the pot above. This time the caption says... Shared a photo of Aus Bonsai... but like the photo above, that's no help. Aus Bonsai is not owner or artist and is guilty of the same omissions as Bonsai Addicted. 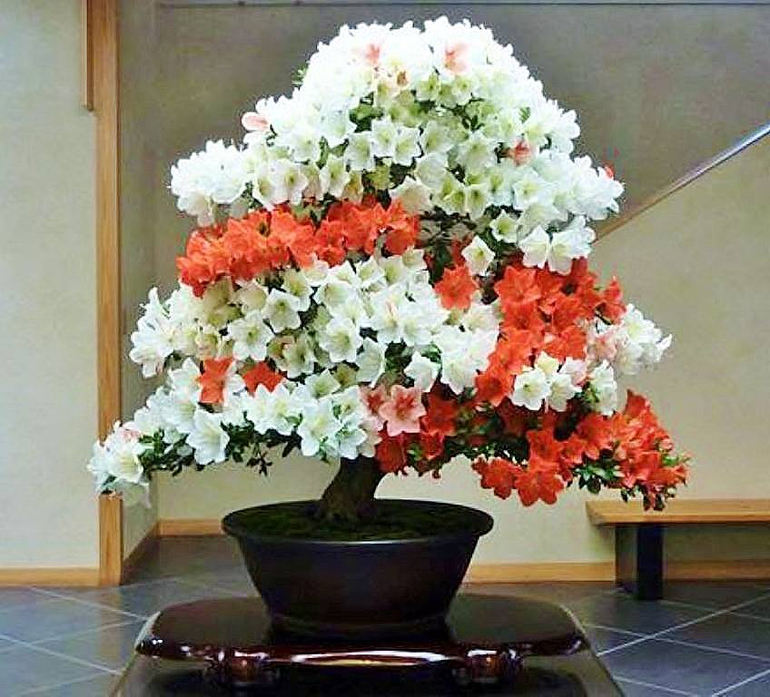