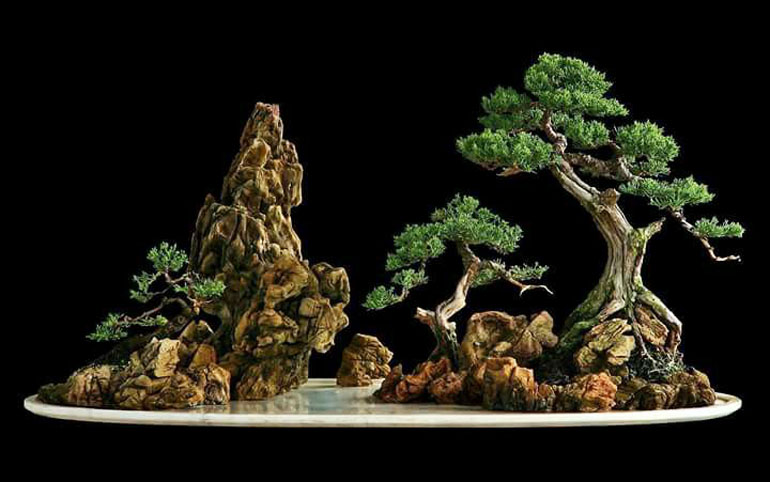 I found the two Penjing landscapes featured here on Pham Thái Bình’s timeline. It’s not clear who the artists are, though the caption for the one above says with Dang Nguyen Van, though there are reasons to believe Dang is not the artist
Continued below… 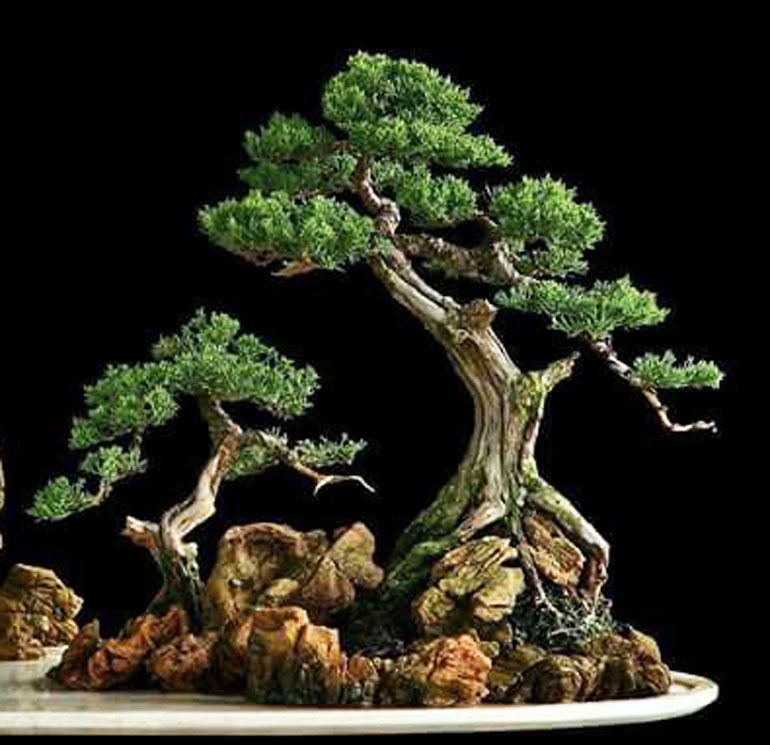 Continued from above…
My apologies for the failure to accurately attribute, though we could ask Pham to share part of the responsibility. Pham is one of many people who posts without bothering to attribute. Normally we ignore them, but these plantings are too good to pass up, so the least we can do is to pass on our sources so that you can do your own investigating if you’d like 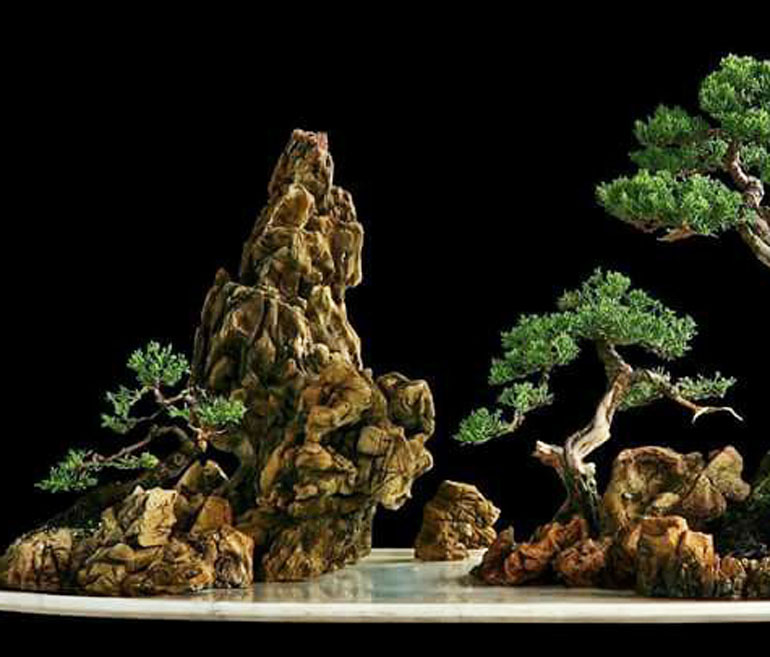 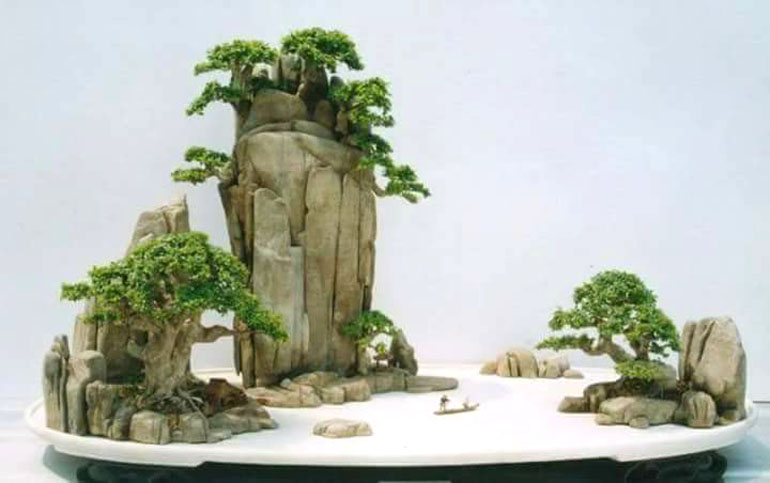 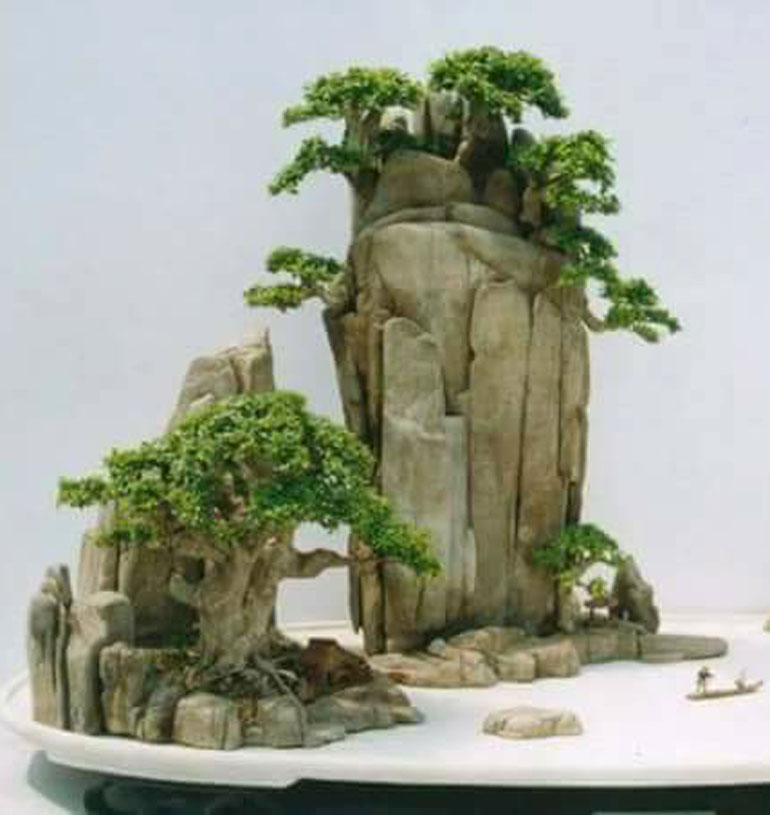 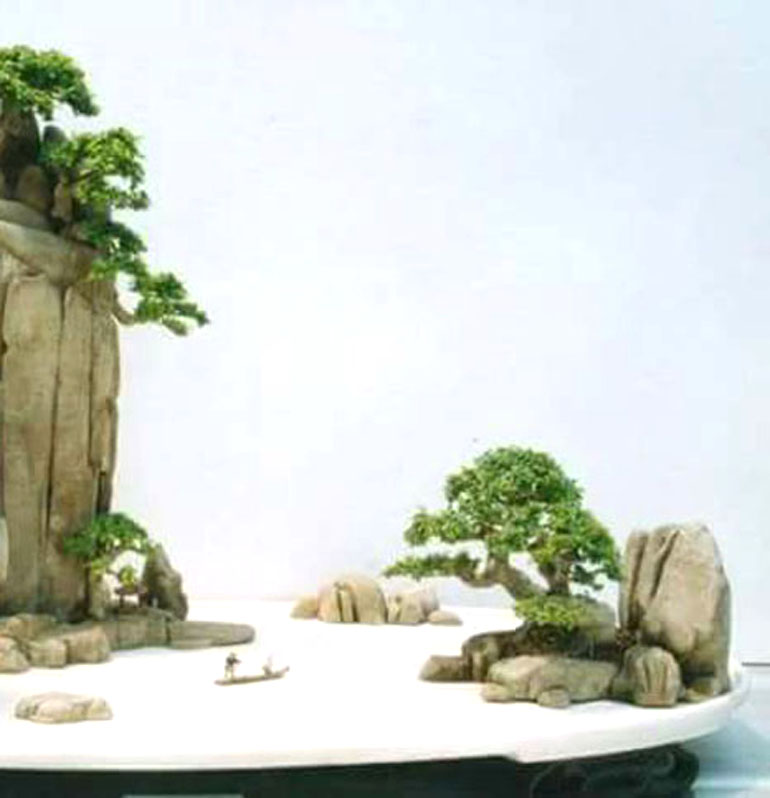