We’re on a bonsai forest binge these days, so let’s keep going. Though it’s questionable if you’d call these rock plantings forests, they do share the multiple tree and some of the landscape features you’ll find with more conventional bonsai forests 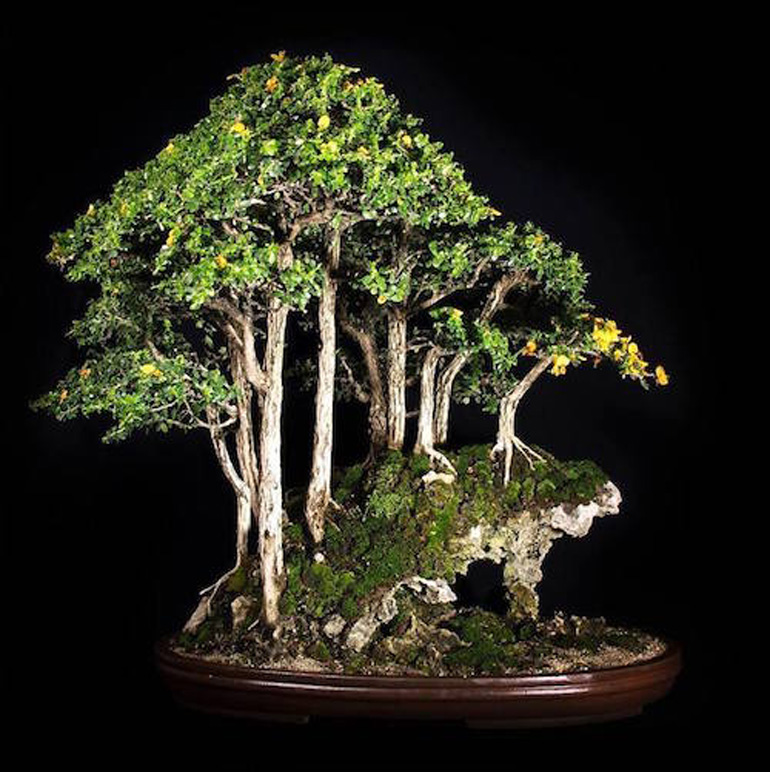 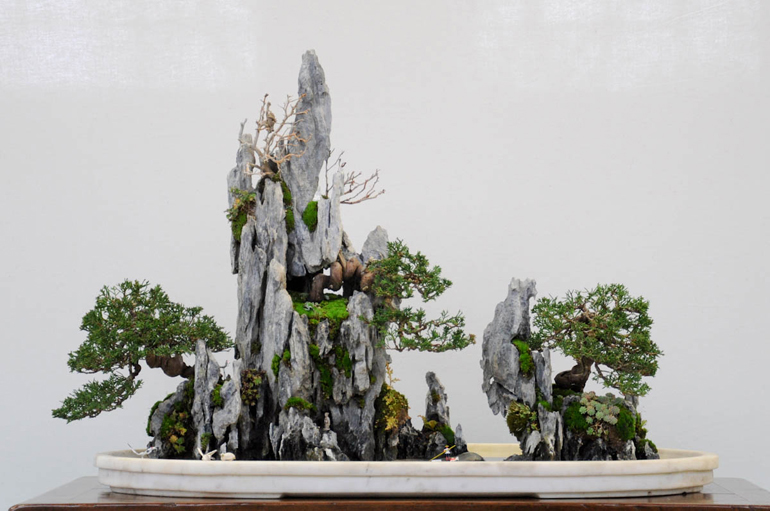