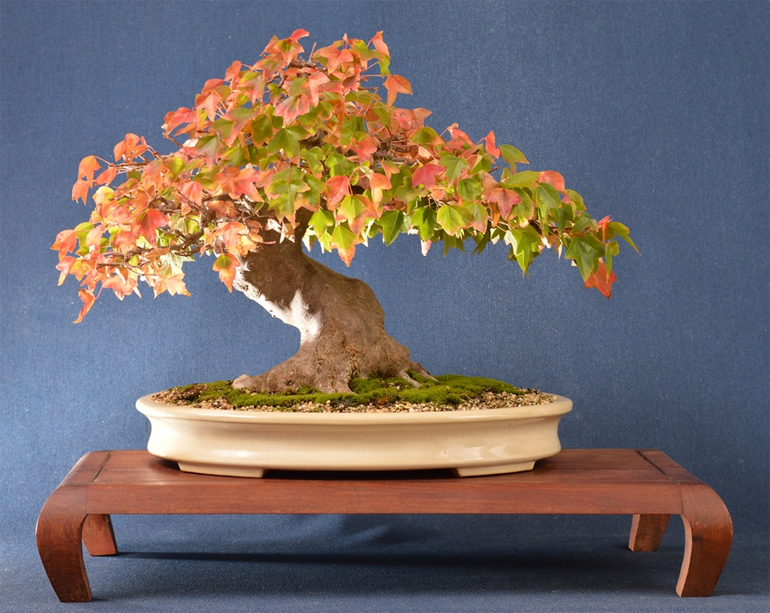 Last week we featured a Robert Steven critique of a Trident maple that belongs to Carl Morrow (Size Matters & Small Is Beautiful). It was a repost of a one we originally did in September, 2010. Carl took Robert’s advice and repotted the tree into a smaller pot, though not the same pot Robert used in his simulation (it’s hard to find simulated pots!). As it turns out, I think this one is a better choice. BTW, Robert did make other important suggestions that also influenced Carl’s treatment of the tree 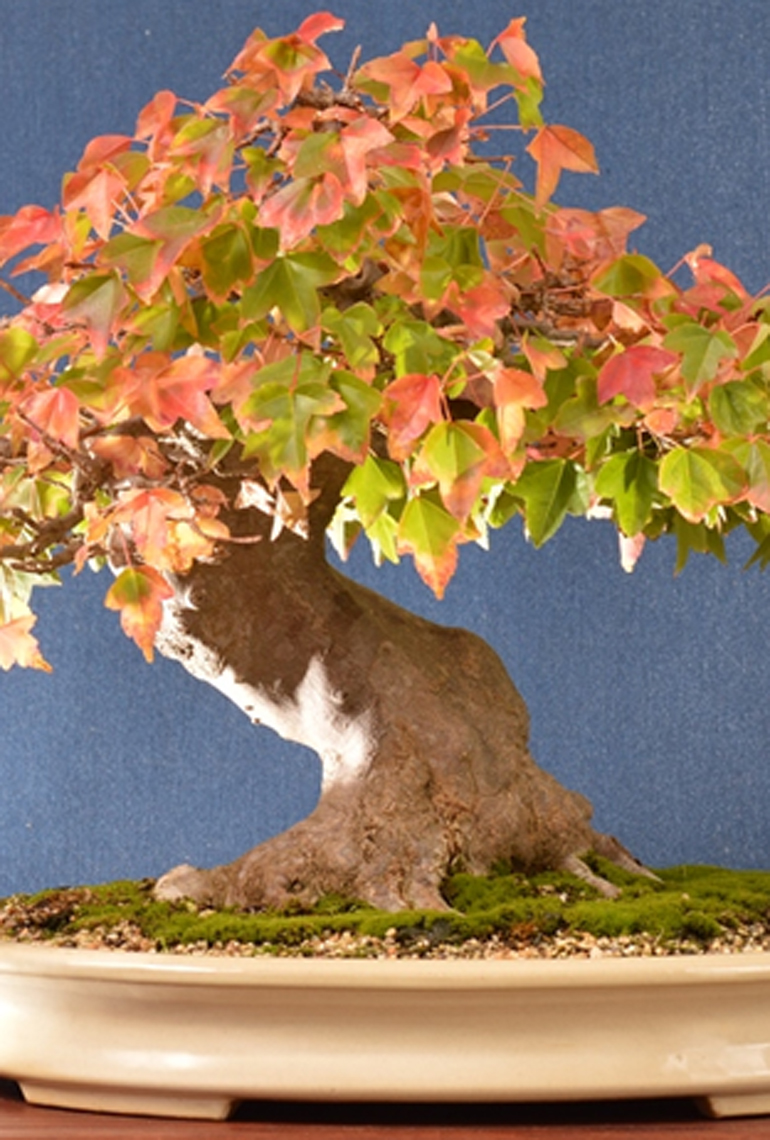