Yesterday we discussed ramification so we’ll keep going with this post that we last featured in January, 2015. 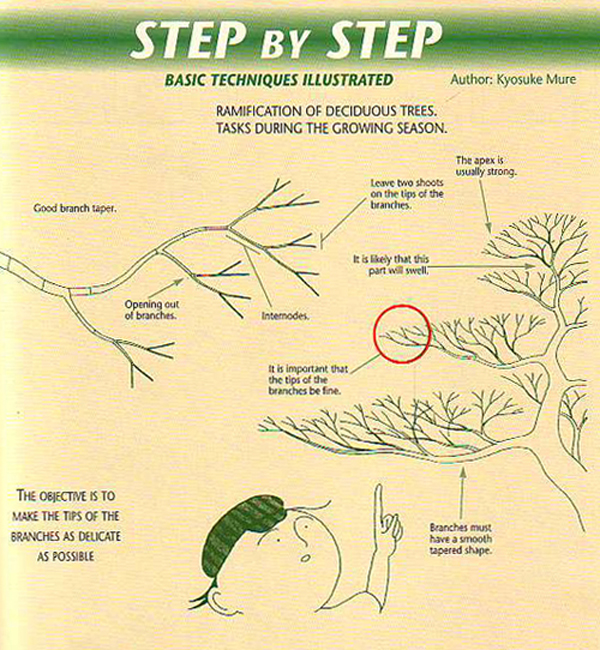 Deciduous trees develop rapidly, but they also lose their shape rapidly. With precise pruning and pinching, you can create excellent fine branching in just a few years. But it’s an on going process that requires continued pruning and pinching to maintain… (there’s more here, here and here). 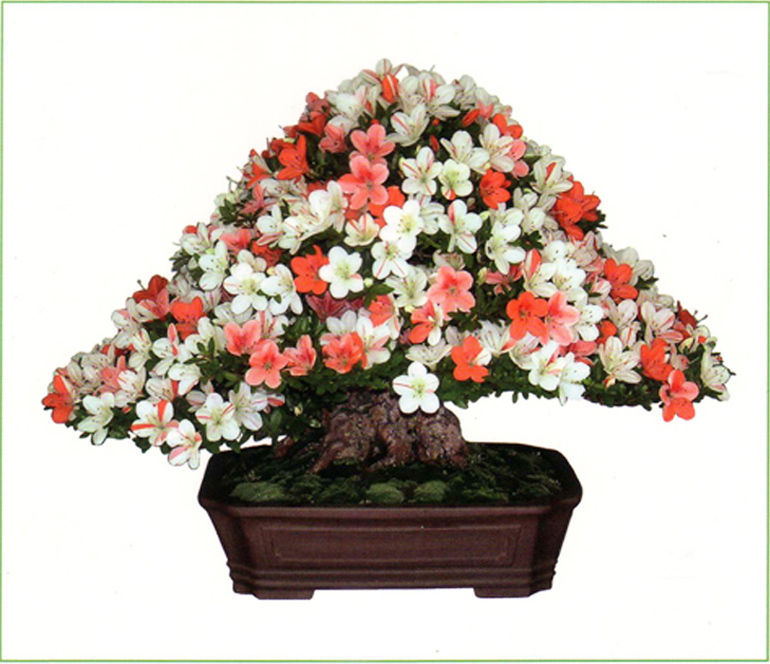 Ramification is not just about deciduous trees. A lot of skilled pinching and pruning is behind this Satsuki azalea’s wild profusion of flowers. The photo, which we featured in another 2010 post on ramification, is from Robert Callaham’s benchmark Satsuki Bonsai book (out of print).