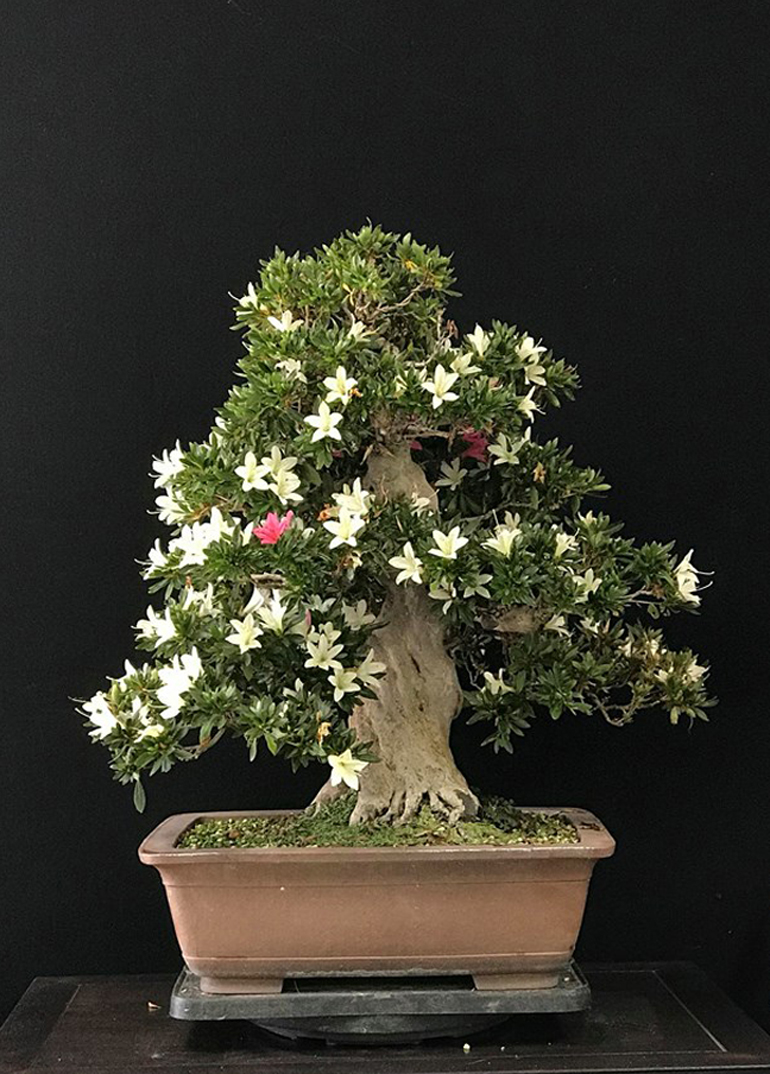 Boon Manakitivipart (Bonsai Boon) is one of our favorites and has appeared numerous times here over the years. In addition to being a highly accomplished and prolific bonsai artist, Boon is teacher to many of the best American bonsai artists. The photos shown here were taken from Boon’s timeline. Three of them are first timers here.

You might notice that flowers were removed during spring pruning on this Satsuki azalea (see photo just below). Heavy pruning is often done in the spring when plants are most vigorous. This helps insure speedy recovery and allows plenty of time for next year’s buds to set. In this process, it’s not unusual to remove this year’s blooms. Hopefully after you’ve had a little time to enjoy them. – 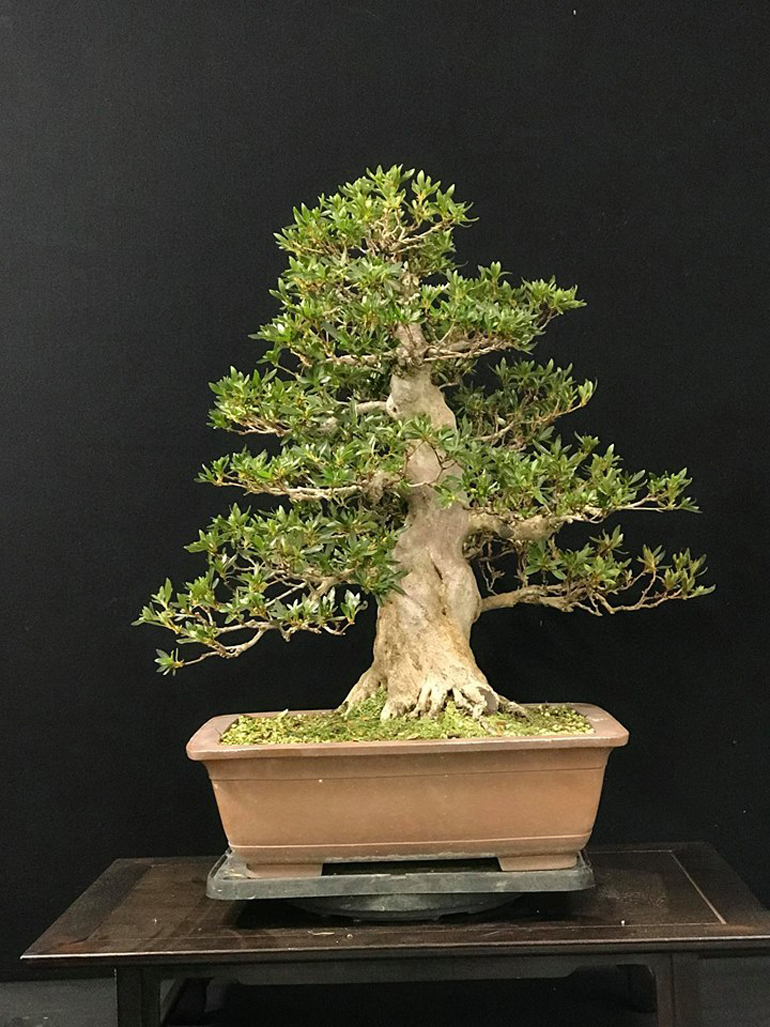 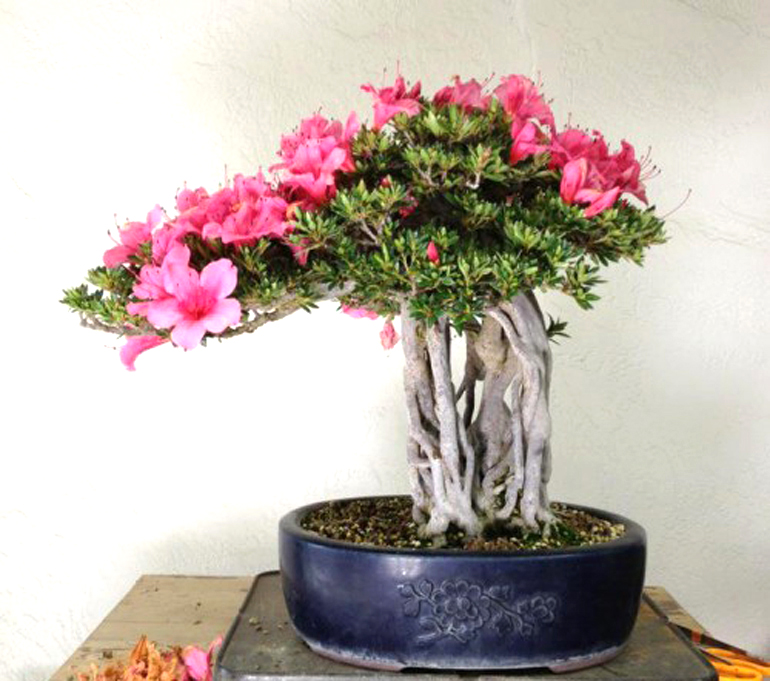 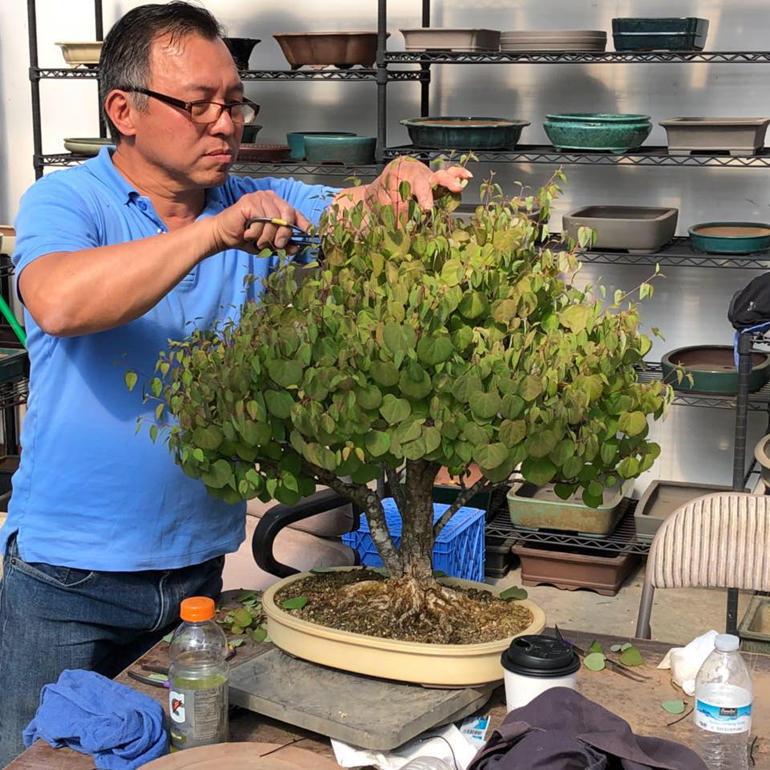