We’ve shown a number of bonsai on synthetic rocks over the years. Mostly by Kimura, a pioneer in this medium (and other bonsai media as well). But this time it’s Marc Noelanders, a Western bonsai pioneer. What you  often see with this type planting is the finished product, but  this time we get a peek into the development of the rock rather than just the result 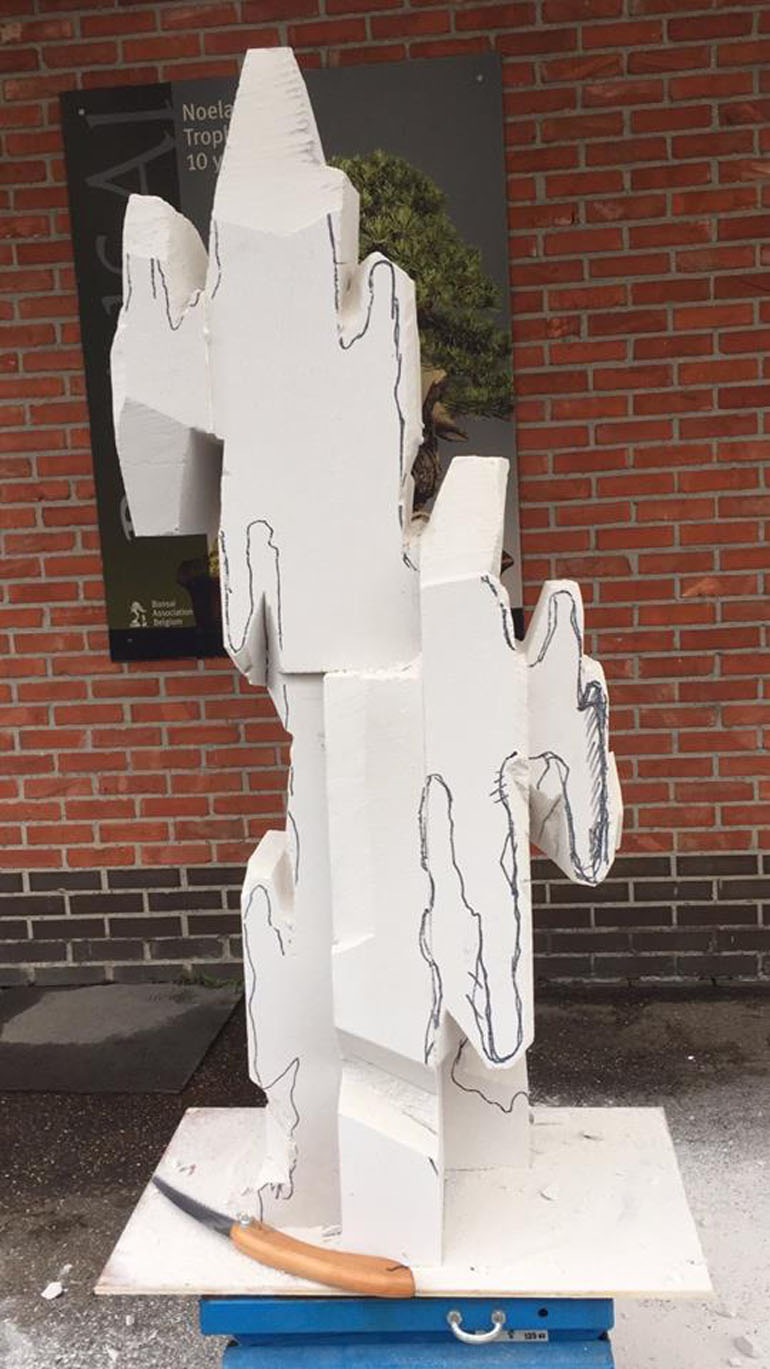 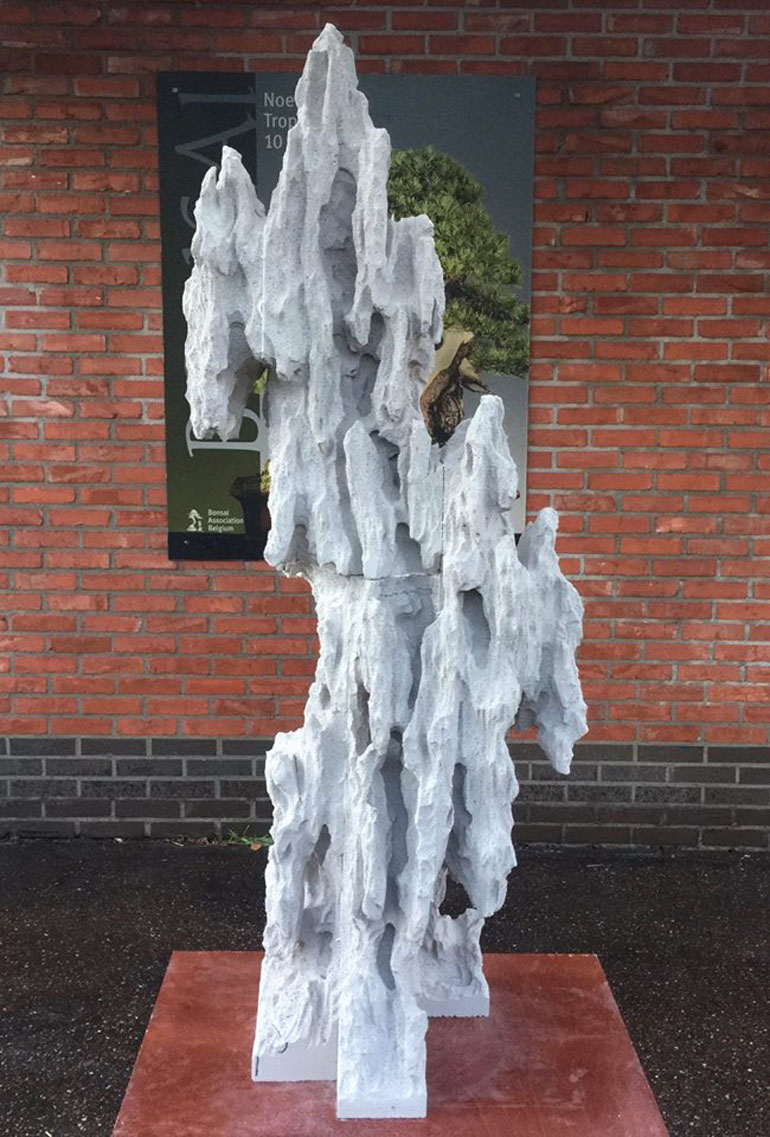 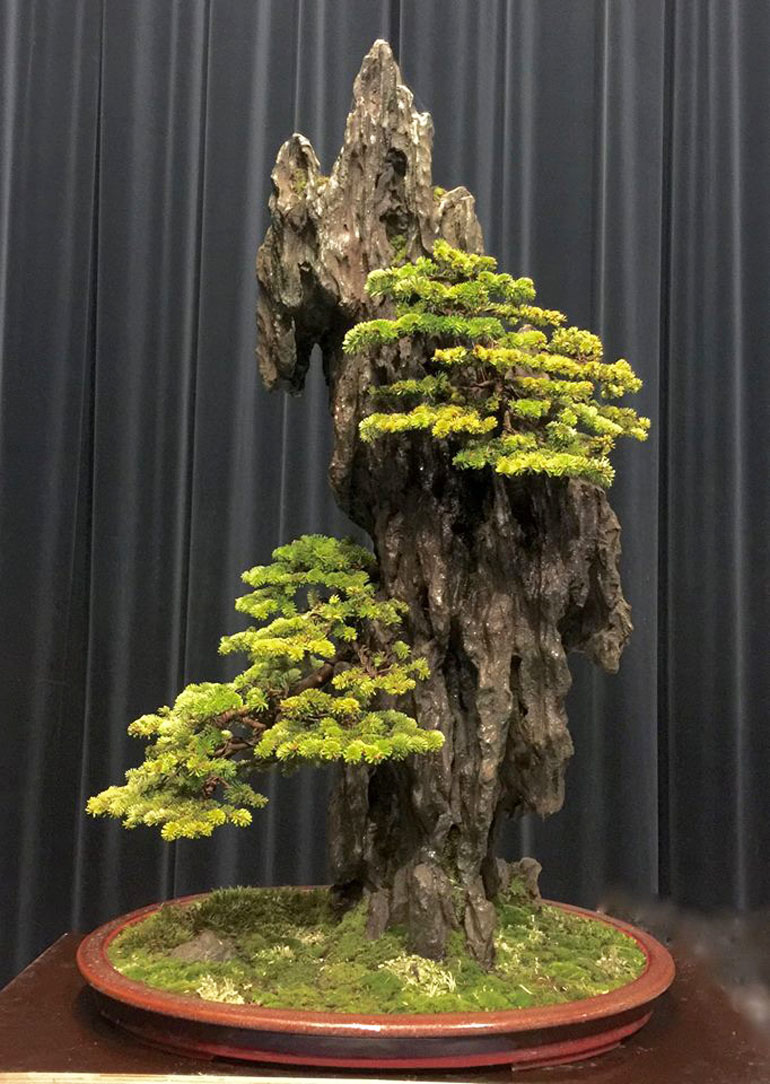