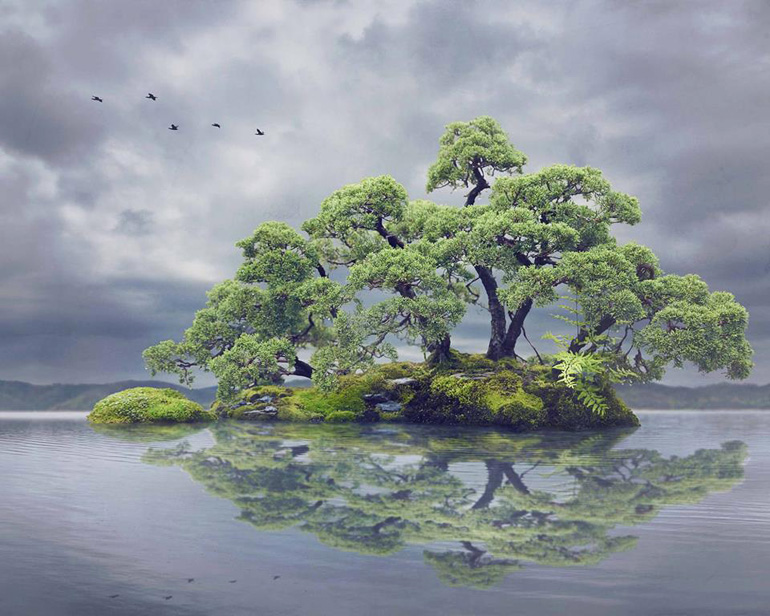 I don’t mind bonsai as part of mixed media settings. Experimentation is part of any art, though some experiments work better than others. In this case, I think the bonsai part of the presentation is excellent, with a lot of skill evident in expressing character, age, naturalness, balance etc. A lot of what you might look for in a bonsai. Nor do I object to the digital setting. It’s quite well done and evocative. Even magical (see their quote above). Though I would have liked to also see a photo of the just the tree, including its slab (assuming it has one) 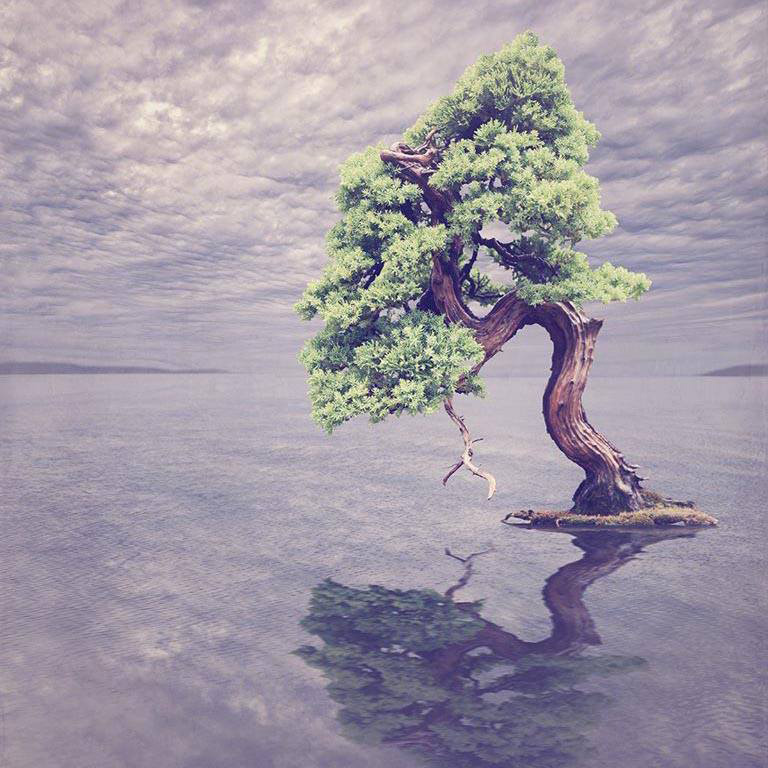