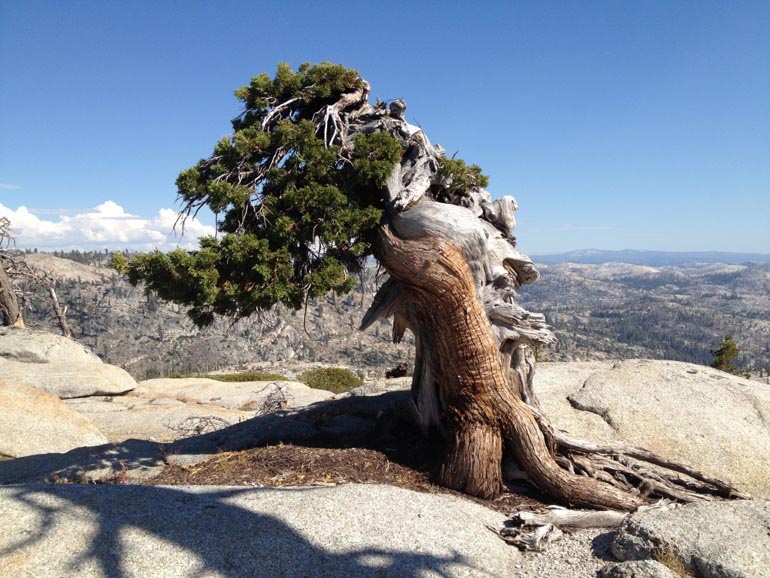 Still sticking with our Sierra juniper theme but with a twist (unintended). Rather than the typical yamadori  we’ve been showing, this time it’s Nature’s bonsai still growing in its original home (thanks to Terry Davis of Mullet Wrapper fame for the suggestion)

The following quote which refers to the tree in the first three photos, is from Bonsai Society San Francisco… “The tree is about 7 feet tall and has the shape of a bonsai after many years…”
Continued below… 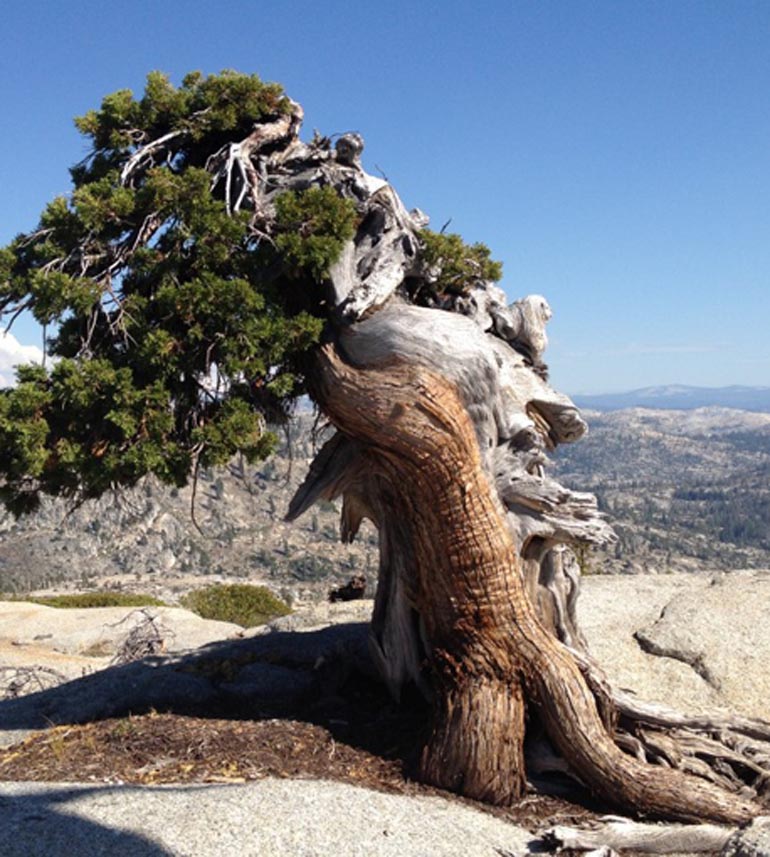 Continued from above…
“This tree shows that under harsh conditions we see that the lifeline on the top of the tree or on the windward side is frequently killed while the lifeline that is more protected is the portion that soldiers on, gaining protection from some of the environmental harshness from the deadwood sections. Where the wind and snow conditions are particularly harsh the successive killing of portions of the lifelines can cause the live sections of some branches and trunks to seem to melt over the dead sections that they neighbor.”
Quoted from Bonsai Society San Francisco 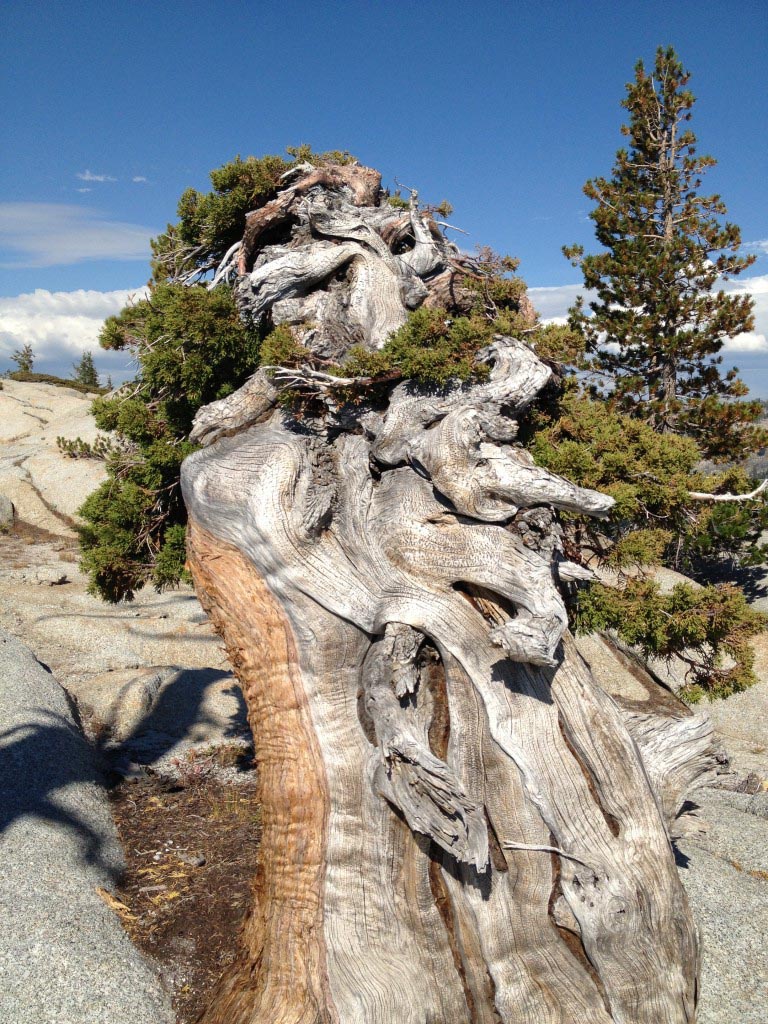 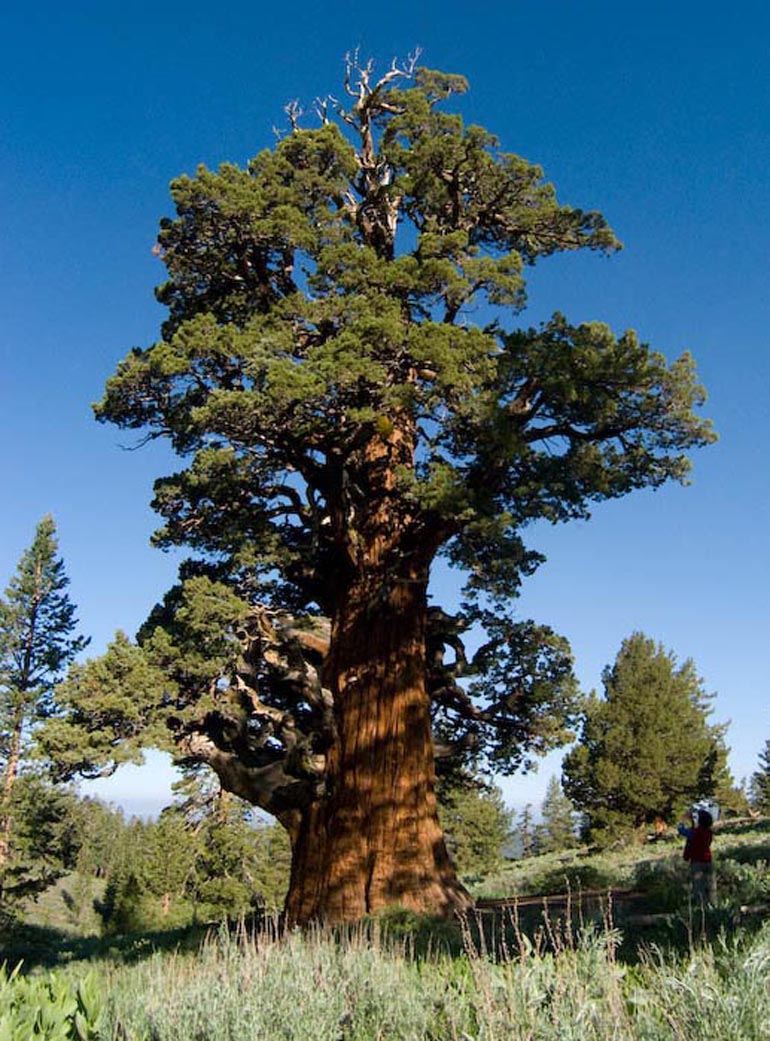 For a long time the Bennett juniper was considered to be a Sierra juniper (J occidentalis), but according to Wikipedia, it was recently reclassified as different species (Juniperus grandis).* 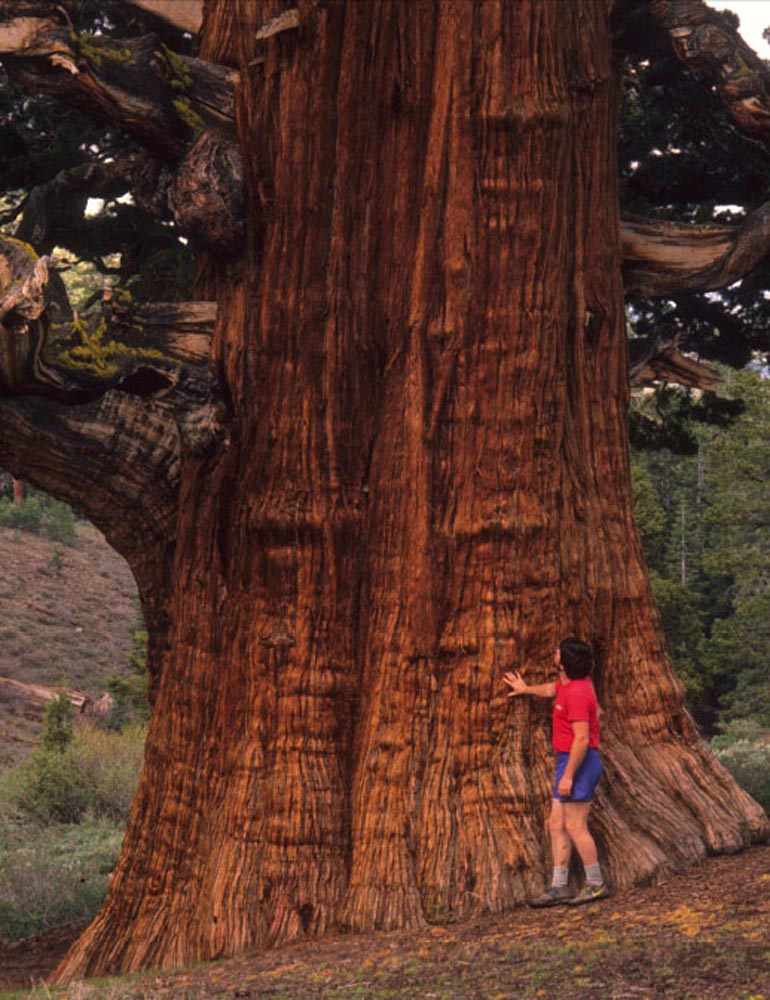 *From Wikipedia… “Originally the Bennett was considered to be a Western juniper (Juniperus occidentalis – Western juniper is another common name for Sierra juniper). Over time the differences between the northern and southern populations of western junipers justified dividing them into two subspecies and the Bennett is in the southern population which was named Juniperus occidentalis australis. A field guide published by UC Press in 2001 gives the common name Mountain Juniper for the australis population.[3] DNA studies (2006) by Adams[4] resulted in the southern population being raised to species status and it was given the common name “grand juniper” (Juniperus grandis). This name and status is recognized in the USDA Plant Database.[5]“