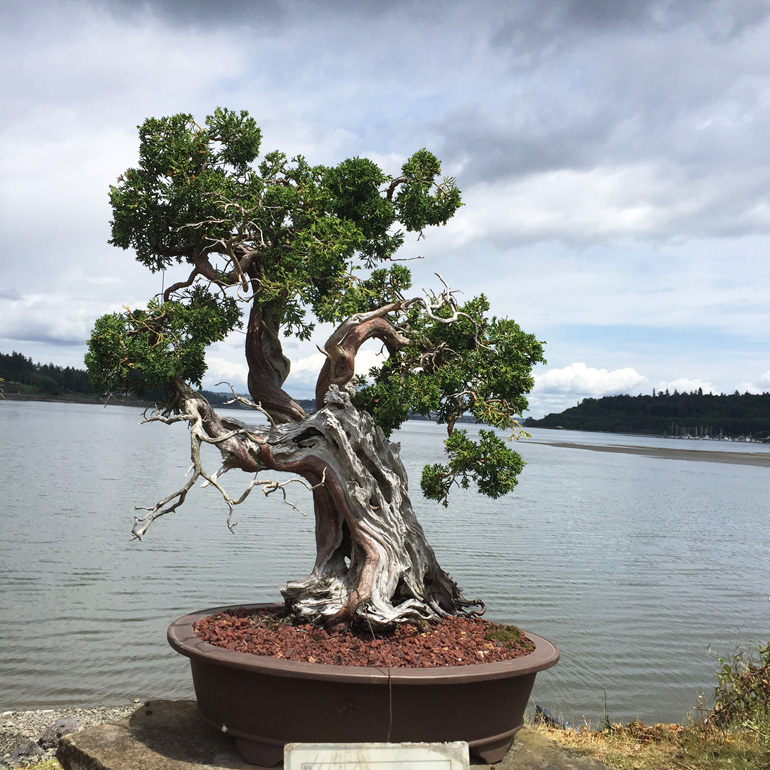 We seem to be stuck on Sierra junipers lately, but who’s complaining? In this case it’s only one (see above and a closeup below) with several other non-Sierra photos to enrich the experience. This post (with some changes today) originally appeared in May 2016.

Back in May, 2016 I finally visited Dan and Diane Robinson’s magnificent Elandan Gardens. It was a quick visit and all I had to shoot with was my cell. So the photos aren’t nearly as good as most of the borrowed Elandan photos from previous posts. But some shots are unique and hopefully capture something of the magic of the place. 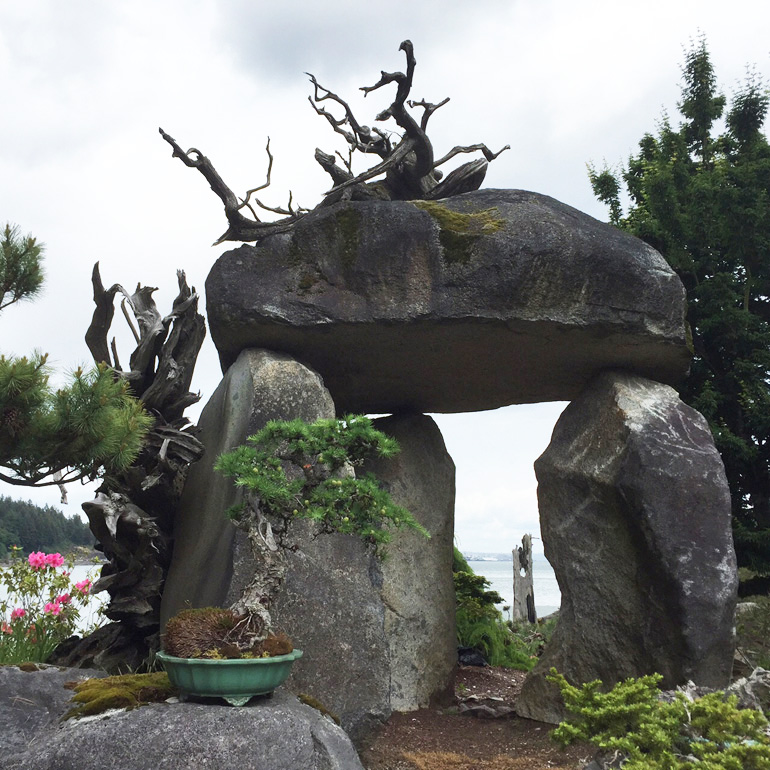 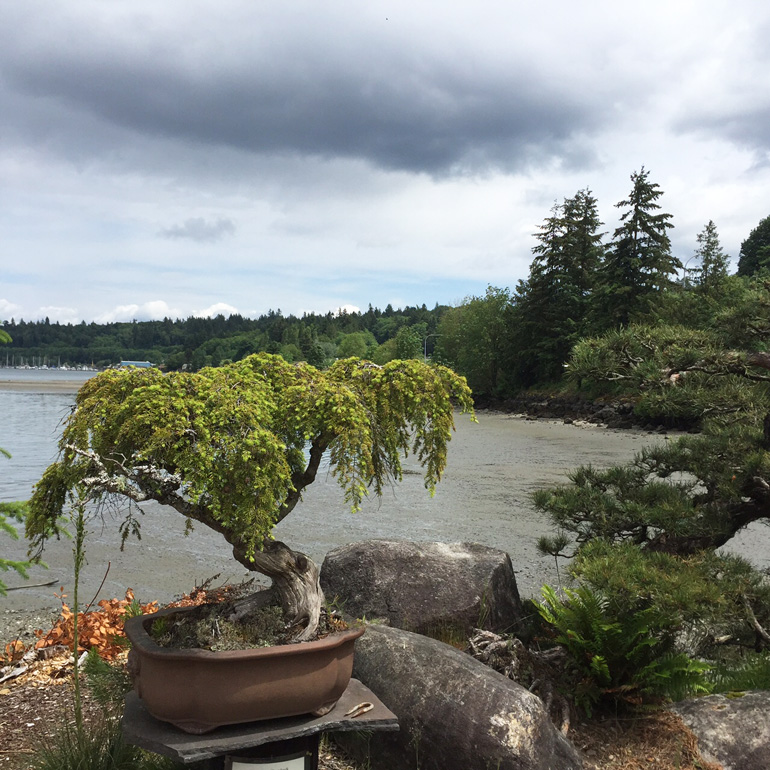 Dan Robinson is sometimes referred to as the Picasso of Bonsai. You can find the story and much more in this magnificent book…. 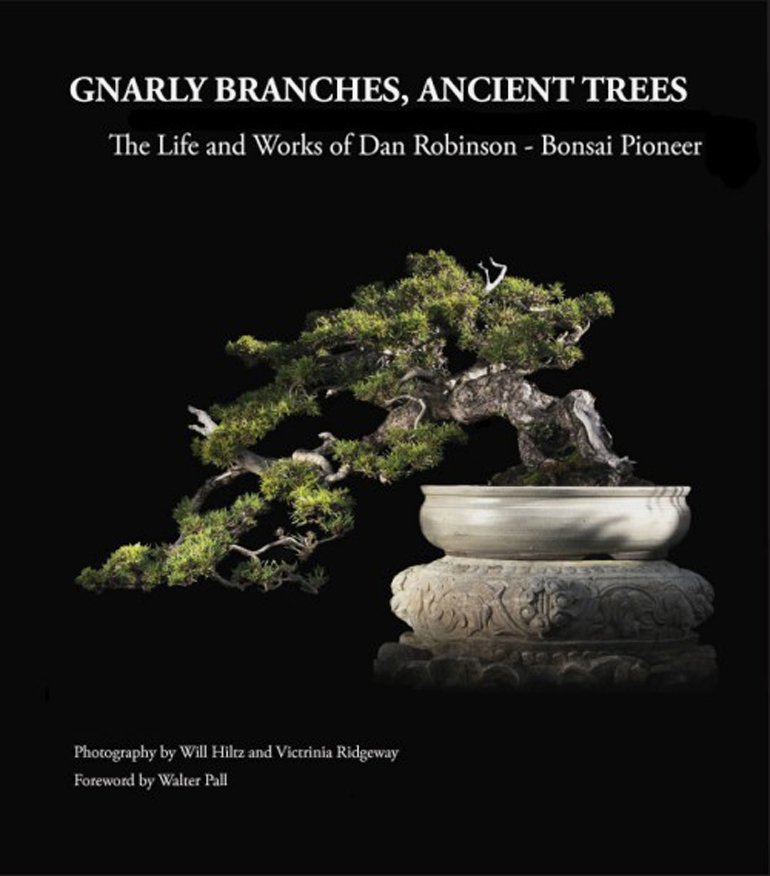 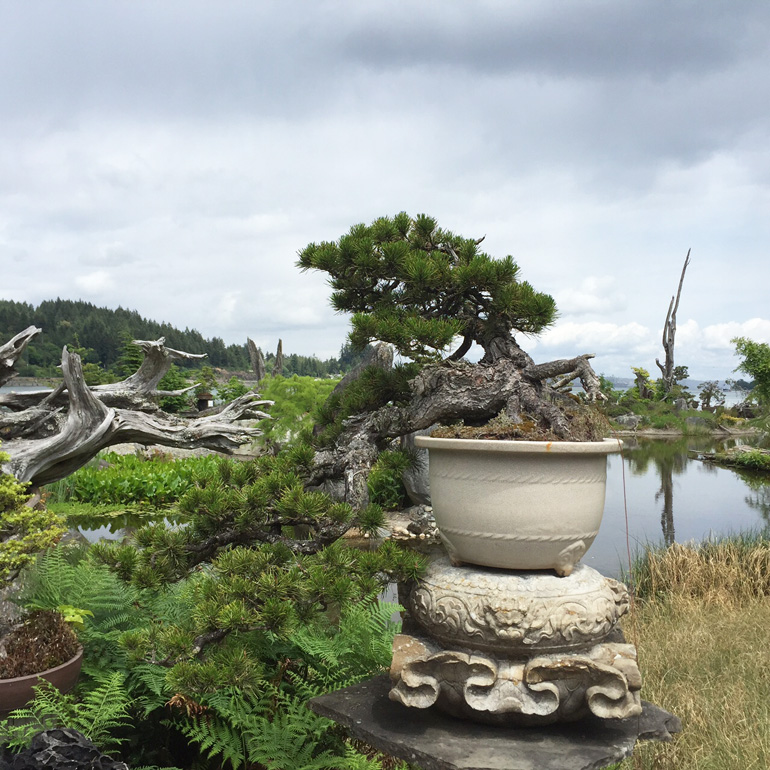 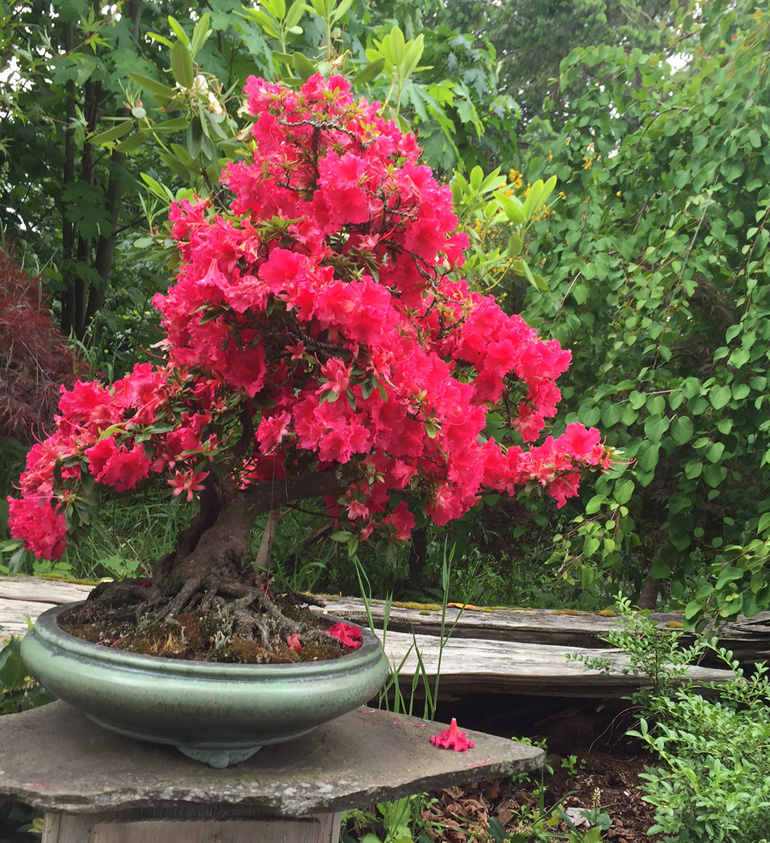 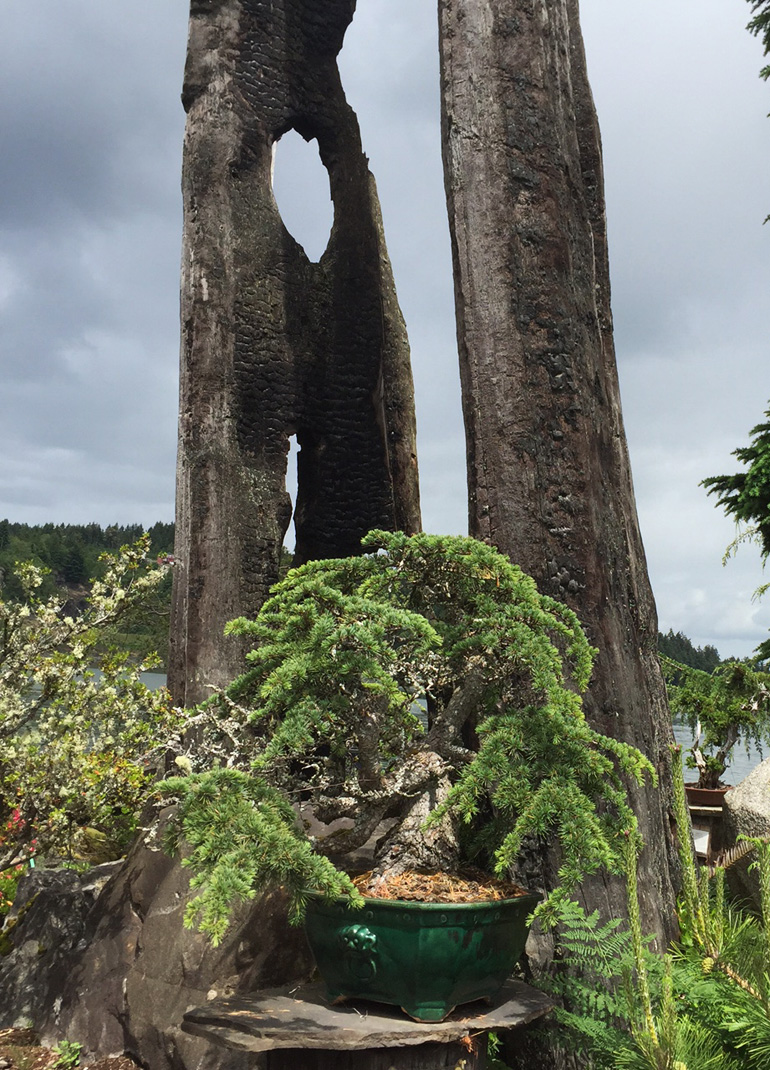